Third Delphic Hymn for viola solo (or violin or cello)

Originally composed for solo viola in 1980, I have also arranged Third Delphic Hymn for cello (1996) and for violin (2003).  I composed this piece during my first semester of undergraduate study with David Loeb at the Mannes College of Music.  In fact, it was the first piece I composed there, so it is one of my earliest works (I was twenty years old). I had never written anything for an unaccompanied solo instrument, so my challenge at the time was to take a simple motive (the opening half-step), and then develop that into something more expansive.  I chose to write for the viola because I had less knowledge of it at the time than of the other strings, and to gain experience with thinking in alto clef.

Being that it was my first semester at Mannes, I was also enrolled in the first section of Music History which began with the study of early Greek music theory.  I came to learn that some of the earliest known notated pieces of music are two Delphic Hymns written for Apollo.  These are monophonic works that were likely sung, so in thinking of a title for my lyrical solo viola piece, it occurred to me – centuries later – it was time for a third Delphic Hymn.

In discussions of the two earlier hymns it is noted that the First Hymn utilizes two tetrachords (two groups of four notes each) which involve an initial half-step. I honestly cannot remember if I first learned about this element in Music History and then began work on my piece, or if my piece was first begun and then I latched onto this parallel relationship between my work and the First Hymn.  My composition does begin with an ascending half-step and is organized around a tetrachord, but – unlike the Greek versions – the second two notes in my tetrachord are a decorated inversion of the initial half-step.

Theory and history aside, as one of my early compositions, it perhaps provides a window into the later and broader spectrum of my compositional work.

Third Delphic Hymn was premiered by violist Mary Hammann at Mannes on 12 March 1981 and was most recently performed by Deborah Lander at the 2010 International Viola Congress. The version for solo violin has been recorded by Laura Motchalov and appears on my 2011 CD IonSound Project (innova 727); this recording appears below. Ms. Lander recorded the viola version in 2013 – her recording is included on my 2020 CD, by moonlight.

After you place your order below, please send an email to me indicating which version of the piece you would like to receive. 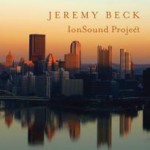