"[S]ubstantially interesting ... Beck's Sonata featured gentle parallel chords in its first movement and a gracefully animated use of triplets in all three."

"Beck's Sonata for flute and piano ... just might enter the permanent flute repertoire."

I lived in New York City from 1978-88, and during that time (which included my undergraduate years at Mannes), I composed a number of short sonatas for solo instrument and piano.  This was done partly as a way to explore some of the different sonorities and capabilities of each particular instrument.  Certain of these works (including the Sonata for flute and piano) remain personal favorites of mine.  My musical language then, as now, is in a rhythmically-based, tonal dialect.

The style of the Sonata is American lyrical, while the form is generally free and rhapsodic in nature (the exception to this is the second movement, where the return of the A section is in retrograde).  This work was composed in 1981, and is in three short movements.  The first is a free, fantasy-like movement which begins with the solo flute presenting the main melodic and motivic material.  The second movement, Allegro giocoso, is in an A-B-A form and begins with the two instruments in opposition: the piano plays short, percussive figures while the flute’s music is more mellifluous.  In the middle section, the piano becomes seduced by the flute’s music and joins with it before rejecting it and returning to its more independent stance. Both the first and second movements end with question marks.

The last movement revisits certain aspects of the first movement from a slightly altered perspective, but provides a sense of conclusion to the first two movements’ ambiguous endings.  Included within this perspective is music which may be considered an interpolated slow movement (marked Grazioso).  This movement then ends with a brief passacaglia in the piano while the flute plays above it in a free, improvisatory-like manner. The Sonata for flute and piano won a Special Recognition Award in the 1983 National Federation of Music Clubs Young Composers Contest.  First performed 28 January 1982 at the Mannes College of Music by Cecilia Sparacio (flute) and Adrienne Sirken (piano), the professional world premiere was given on 11 January 1987 by Alexa Still (flute) and Frank Corliss (piano) at Merkin Concert Hall in New York City, where it was favorably reviewed in the New York Times by Bernard Holland.

Recorded for the first time in 2001 by Cynthia Ellis (flute) and Roberta Garten (piano), their performance is posted here and is available on my 2008 CD, Never Final, Never Gone (innova 696).

Sonata for Flute and Piano (I)

Sonata for Flute and Piano (II)

Sonata for Flute and Piano (III) 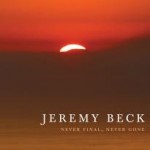